The Neptune phase - What we see as the holier than thou 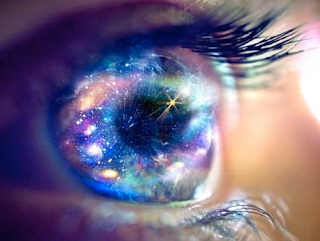 Lately I've been thinking about the future of America. There is many signs of great change on the horizon that go beyond the obvious. Neptune's position in the tropical zodiac, along with Pluto and Uranus correspond to the global events of the times. Neptune it seems, is a big player in this. Neptune has 164 year cycle that works within the 2,160 year phase of a roughly 26.000 year cycle - The Great Year.

In a way, Neptune's position shows us what mankind is currently idealizing, much like a god. It's what the people see as divine and worth sacrificing for. We have been in the age of Pisces since the beginning of the christian era, a couple thousand years, and currently transitioning into the age of Aquarius.

This transition between ages does not happen quickly, there is a gray zone blending the two ages together. This gray area can last a few hundred years before the current age becomes the more dominate energy. This makes sense if you think about it, as 2,160 years is a long time.

When we change decades it always feels like the times of the last ten years. It usually takes a few years to really start feeling like that new decade. It's no different with the ages, it's just on a much bigger scale, therefore takes a few hundred years before it becomes more noticeable.

The age of Pisces was definitely about faith and religion, whereas the Aquarian age is more about science and technology. The world's belief in "god" is slowly fading. People sense this but are still hanging on tight to the old ways as this transition to the new age unfolds.

When it comes to Neptune, every time it changes signs, it takes a little bit of that past sign energy into the next. What can Neptune tell us about the future of the United States, if we look at past cycles?

Neptune spends about 14 years in each sign. If we look back a few decades, we see Neptune in Capricorn 1980s thru 90s was the era where we idealized capitalism with big ambitions to succeed at business. Capricorn is very practical with need for real world achievement. This is what we saw as divine and willing to sacrifice for in that era (the cold war).

Then Neptune entered Aquarius in the late 90s thru 2012. This was the era of idealizing science. Science became the new god. But again the 14 year Neptune phase is working within a greater cycle of the ages and so the Pisces age was still hanging on, religion still hanging on. This faith did take a big hit during Neptune's 14 year phase in Aquarius when scientists were feeling holier than thou, and, they are still trying to hold onto that fame.

When Neptune entered Pisces in 2012, where it still is today, it brought another surge of spirituality, faith and religion. Do to the Aquarian age influence, there is still a mixture but the "new age" spirituality is the result, although the old faiths are still hanging on too. This 14 year phase is definitely highlighting this old religious vibe that the world has been in for the last couple thousand years.

So what can we expect when Neptune enters Aries in 2025 for 14 years?

0 degrees Aries is called the Aries point and is probably the most powerful degree of all 360. Aries- ruled by Mars is the god of war. Neptune here will idealize freedom, conquest and war as the new god. The world will see war as a necessary means to get what we desire. The cost of war will be seen as something worth sacrificing for.

This isn't the type of war vibe that is constant in the world, it will be on entirely different level, possibly leading to global war, if not, at least in the United States. This is because America is a Cancer sign. Anytime Neptune is in Aries, Libra or Capricorn, America faces huge wars because those signs are at odds with Cancer. This can be seen in history of you look back.

The last time Neptune entered Aries was April 13 1861, the day after the American civil war started. 82 years before that, Neptune entered Libra opposite the Aries point, which coincided with the American War of Independence turning into a global war in 1778. These facts are a good indication of what will happen in the future when Neptune enters Aries.

Also, 4-5 years before this happens, the world will have a rare Saturn conjunction to Pluto in Capricorn, which hasn't happened for over 500 years. This conjunction will be opposite the United States sun sign of Cancer. This will be a new beginning for some kind of power and control dynamic of the country which leads to Neptune entering Aries a few years later, possibly correlating to global war again.

Another indication of possible global conflict for the decade of the 2020s is the Uranus cycle, which i won't get into detail here, but i will say that it was 1934 the last time Uranus was at the degrees in Aries that it's at today. That's when the German people were building themselves up for what was to become. When Uranus entered Taurus WWll was on, the revolution was about fighting for new values. Uranus will once again enter Taurus in 2018 - 2025, right when Neptune conjuncts the Aries point.

In my opinion this indicates an escalation and build up to another global war, anywhere from around 2018 - 2025.

I do think mankind is headed for a more peaceful world phase one day, but history shows that nothing happens overnight, things take time to play-out. Perhaps, it's this global war that leads to more peace after that. I'm not big on fear or promoting the negative but Astrology shows us some hard truths sometimes, and right now Neptune in Pisces will have us believe that humans are ascending all this evil of the past, into a new realm of mind over matter and magical powers with lots of love, peace and joy (Pisces/Aquarius age). Maybe that's true, one day, but it's not right now and perhaps there has to be catalyst for people to find that peace loving divine consciousness.

It's slowly starting already no doubt, seen by the new age folks but we are still far from what they envision, still in a long transition. Their role in the new age movement is helpful, but even if we reach that phase, nothing stays the same forever.

Will there be a WWlll? Imo, it's very likely.
Thanks for reading. 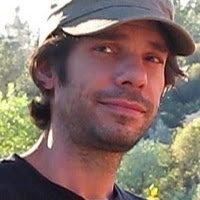 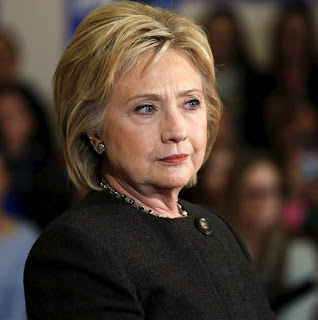